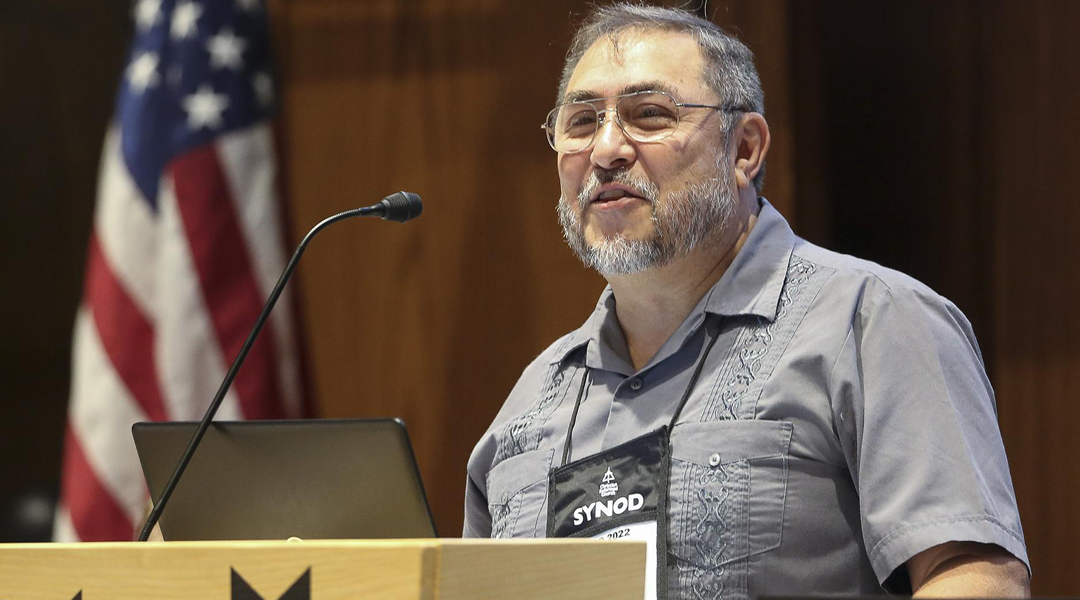 «In a historic synod, this election is a sign of hope for unity in the gospel as the body of Christ.» – Karlos Palacios

The Hispanic community of the Christian Reformed Church of North America celebrates that our beloved denomination has appointed José Rayas as president of Synod 2022. Our joy is not individualistic, but a great reason to embrace the hope of ethnic unity. Before José entered the ministry and joined CRCNA, he lived in Mexico for eight years. Upon returning to the United States, he studied Industrial Mechanical Engineering and worked on Defense contracts. From 1997 to 2001, he studied and graduated with a Master of Divinity from Westminster Theological Seminary in California. He has served voluntarily in different areas of ministry until 2002 when he was ordained as a Commissioned Pastor. Finally, in 2014, he was ordained as a Minister of the Word as part of the first generation of the modified EPMC program.

José has volunteered his service at the Synod for several years and on various committees. In 2016 he was elected Vice President of the Synod. Later, in 2019, he served as secretary of the Synod. José also collaborates with the Latino Council to help, train, prepare Hispanic leaders called to ministerial tasks and guide them to ordination as Commissioned Pastors in the CRCNA. José knows that the effort of mentoring Latino leaders has not been enough to meet the demand and need to affirm the alternative to «What it means to be reformed» in Hispanic communities. However, he believes in local mentoring to guide new prospects in building healthy churches and solidly proclaiming the gospel of Jesus Christ for the transformation of their communities.

With the presence of José as President, we know that the Synod will have a sense of unity and faithful protection of biblical truth in each point of the agenda. The Synod of our denomination represents the body of Christ, and its members have the responsibility to lead the church towards integral transformation through the power of the gospel of Jesus Christ. This is the celebration of the election that we express with an Amen, Glory to God!